Cognitive is defined as what a person knows and thinks, which is classically interpreted as a high-level mental process that makes humans aware of objects and then able to remember them, make classifications, concepts, symbols, and solve problems in response to objects or stimuli. The purpose of this study is the relationship of Balinese culture-based occupational therapy to the cognitive enhancement of elderly people in Gianyar Regency in 2019. This research is an experimental study with a randomized pre-test and post-test control group design. The population in this study were all elderly people in Sukawati District, Gianyar Regency, amounting to 48,857. The sampling technique in this study is a probability “Multistage random or simple random stratified sampling technique. and using the multistage random method with a sample size of 215 people. The independent variable in this study is culture-based occupational activities (dancing, metetabuhan, sewing, painting / sculpting and mesanti). The dependent variable in this study is elderly cognitive. The instrument used was a questionnaire to determine whether the elderly were doing occupational therapy or not, since when and for how long the duration, as well as observation using MMSE. The data analysis techniques were descriptive and chi square. And to determine the cognitive differences in the elderly who have a history of occupational activity, the Anov test is used. The results showed that the cultural activity variables that had a relationship with the prevention of dementia were dancing and sewing with constant values ​​of 2.027 and 2.266, respectively. While the constant of all other variables is -5,344. Based on these results, it is hoped that the elderly will continue to practice based on hobbies, so that the cognitive decline process can be reduced. 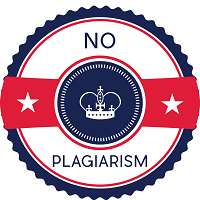